Engine upgrades derived directly from the Moto2TM race engine programme result in a significant step up in performance on the new Street Triple R plus category-leading power for the new RS and Moto2TM Edition, with increased torque and improved responsiveness across all three new 765 powered models. Complementing its aggressive new styling, the enhanced ergonomics and highest ever specification make this latest generation of the legendary and award-winning Street Triple the most agile and precise handling ever. 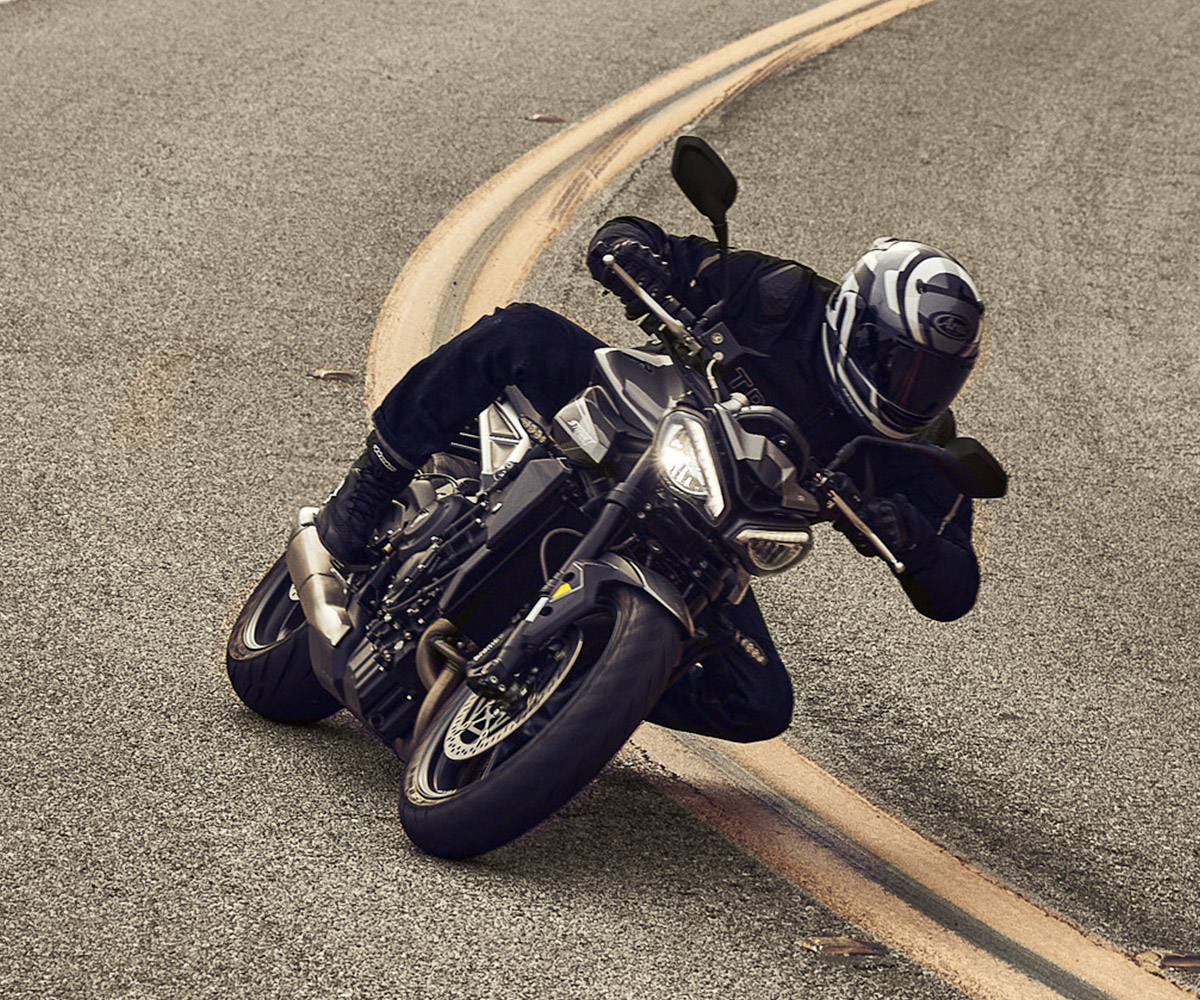 Incorporating all the new technology, chassis and styling enhancements of this greatest ever generation, the 2023 Street Triple 765 RS adds the highest ever specification Brembo Stylema brakes, revised geometry for even more agility, and sets a new performance benchmark as THE most powerful Street Triple ever, with a category leading 130PS of thrilling triple power, thanks to Moto2TM race engine derived upgrades. 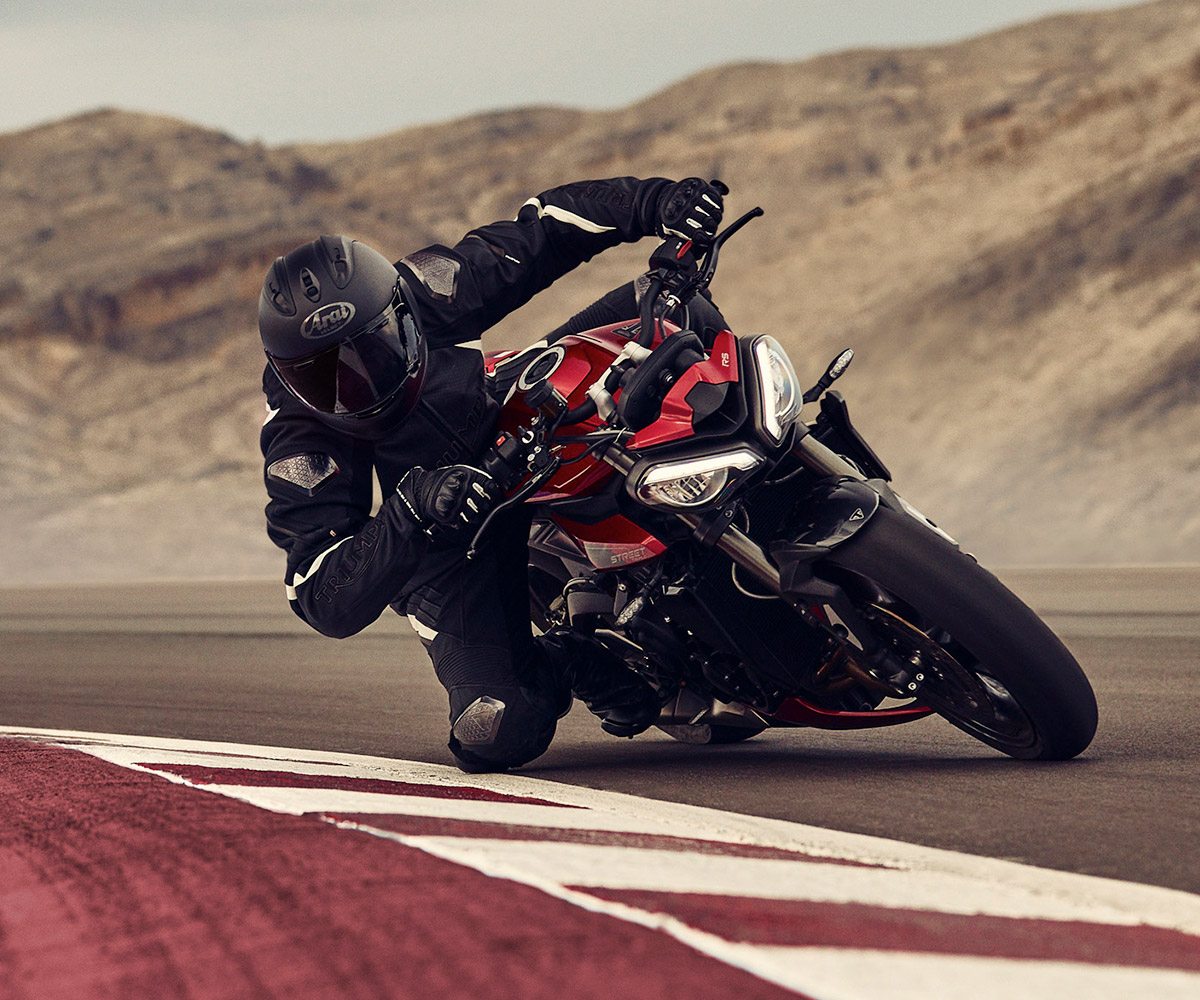 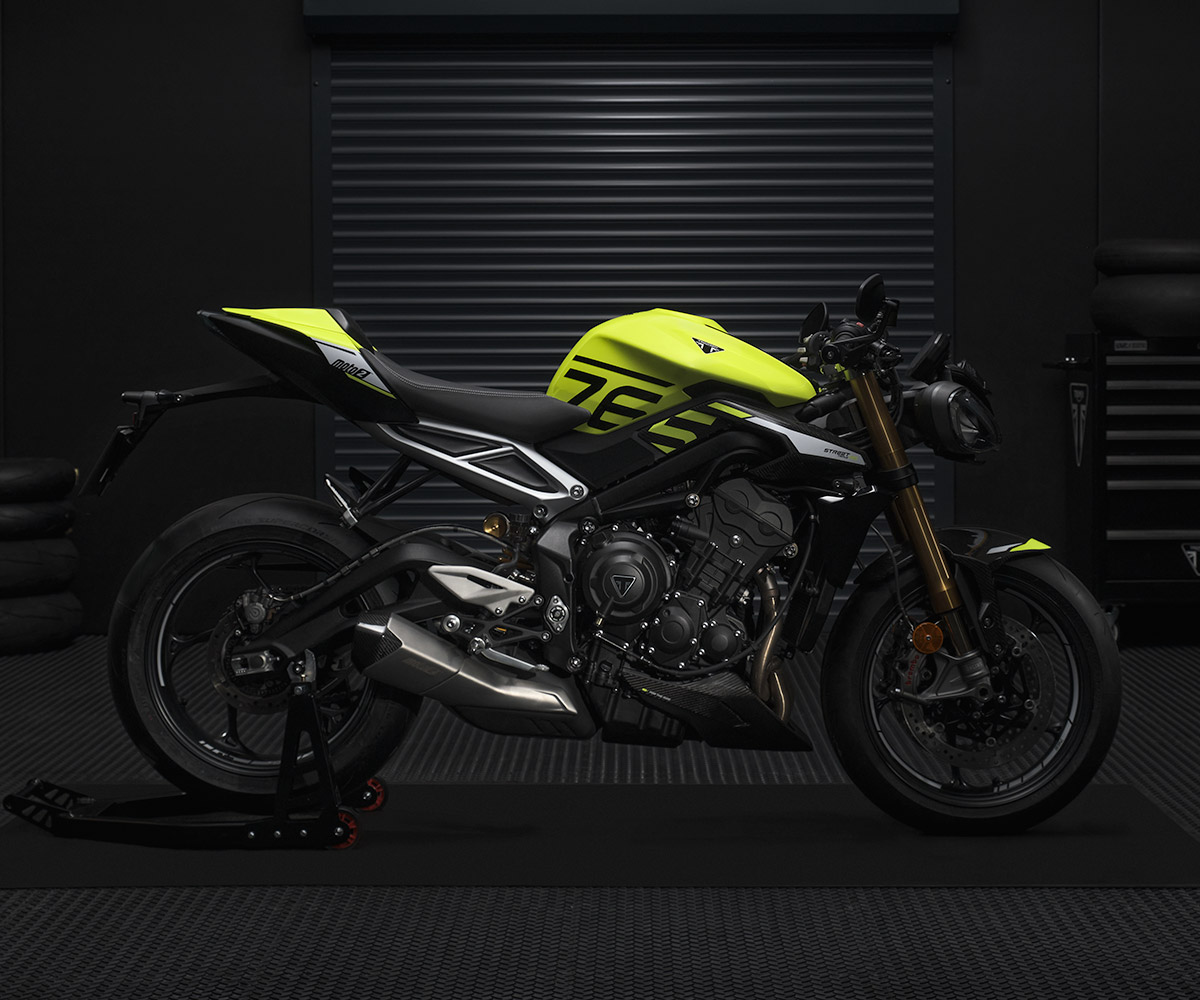 Limited to just 765 of each of the two race-inspired colour schemes, the 2023 Street Triple 765 Moto2TM Edition completes the new line-up as the highest specification Street Triple ever. All the new generation’s major step-up in capability and attitude, combined with the class leading power and torque of the RS, plus an even more engaged and focused ride, courtesy of unique clip-on handlebars and Öhlins fully adjustable forks deliver super-sharp and precise handling for both road and track. Carbon-fibre bodywork, official Moto2TM branding, a unique Moto2TM start-up screen and an individually numbered top yoke mark this stunning machine out as the ultimate Street Triple.